If a startup founder doesn't follow up, should I pass? 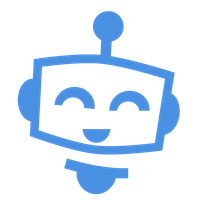 As an early investor (angel or seed investor), there are thousands of potentially interesting startups that you might invest in.

The issue is that it's so early! Some companies have users, some have tech, some have a great team, some have revenue, and so on. But more than ever, at this early stage, it's extremely difficult to figure out which eggs are the good ones.

Because any filter or criteria is so random at this stage, we see a lot of investors who select criterias based on how simple they are to be applied. The simplest and most famous one being: If a user does not follow up, I pass.

Why it's a good idea

Simple to set up

Why it's a bad idea

It's a bad criteria

In both of these examples, the fact that he didn't follow up is actually a good indicator of future success, and passing on such a founder might turn out to be a very bad decision.

It does not optimise for time

A startup founder might be a bad investment today and fail, but use his learnings to start a second company which might become a really good investment. In such a case, removing him from the funnel in the first place was a really bad decision, but it would have happened anyway, due to the system's design.

Wouldn't it be great if you just stayed in touch with this founder and invested later on?

From funnel-based, to relationship-based

At Nat.app, we think that investments are mainly done based on the founding team. That's why we've built a CRM that does not have any funnel feature.

Instead, we've built an algorithm that looks at your email & calendar data to figure out your relationship strength with every single founder you've talked to and simply let you know when you're at risk of losing touch. This lets investors become humans again and focus on building relationships with founders, rather than dragging them down a funnel.

We'd love to have you as a beta user, let's have a call!